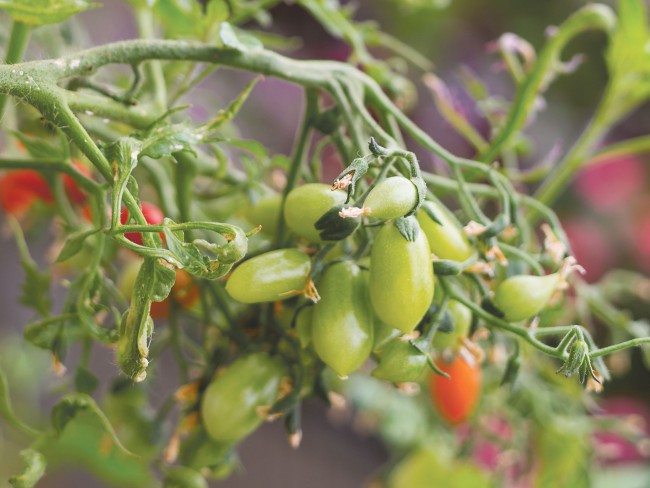 A piece of summer in the middle of winter

It’s the first and only of its kind in the Gunnison Valley. “As you walk through the doors you are instantly transformed from winter into a new world. It is everything winter is not. It is warm, humid, inviting and full of life. The plants cascade from the walls onto the floor. New growth is abundant through the entire space,” says Holzmiller.

Holzmiller is a young pioneer in the growing sustainability sector in the Western Slope. Her extensive and diverse background includes gathering and integrating wisdom from organic farming in Belize and the West Coast; studying environmental science at the University of Minnesota, permaculture in Colorado, aquaponics in California, and sustainable construction in Canada; and establishing an ecoranch in Arizona.

“I hope my work will inspire others to think of what they can do to lead a less environmentally-impactful life. I want to get people back to the soil, back to the plants,” says Holzmiller.

Her two major complementary passions of producing local, nutritious foods and low-impact, efficient living spaces have converged into what she calls “botanical oases”—or passive solar greenhouses. They are ideal not only for growing vegetables, but for a retreat for yoga, office work, recovering from a ski injury, cocktail parties, and connecting with the plant world, Holzmiller notes. Simply, they are a place to feel warmth from the sun’s rays in the depth of the winter.

“We recently put a hammock in the greenhouse. On a sunny day, it will reach 100 degrees. But we keep it at 75 or 80 degrees. I was just planting barefoot—it feels as though spring is already here,” says Holzmiller in the middle of a frigid February.

Holzmiller originally came to Crested Butte to work with Smithworks Natural Homes, a local custom home building company that pushed her into major design projects and project management. “My background is in environmental science. I did a lot of seasonal fieldwork—but it was always temporary work. Once I got into permaculture, it really led me on the sustainable building path. I realized what a big impact the building sector had on the environment. To make a difference, I believe we need to look at the buildings in which we live.”

Nearly 50 percent of carbon dioxide emissions in the United States are derived from the building sector, Holzmiller says.
Holzmiller loved the projects she pursued with Smithworks, but confessed the other part of her passion—growing—was missing. “The greenhouse just seemed like the perfect marriage,” she says.

“We’re literally at the end of the road. Once food gets here, it’s already half perished,” says Holzmiller, explaining the roots of her passion for local foods. With Crested Butte’s limited growing season, harsh climate and isolation in the expansive Gunnison National Forest, her quest is no easy task. But she’s compelled by the changing climate—and how both trucking food to our isolated town and building enormous structures have contributed to the changing climate.

The goal of Holzmiller’s design and build company, Build. Sow. Grow, is to utilize innovative techniques to create highly efficient greenhouses that require no supplemental heating and are built with nontoxic materials. In effect, she is bringing a multitude of new living strategies to our oft-frozen oasis.

Old technologies such as clay building, lime plaster, and passive solar design are utilized alongside a Wi-Fi temperature and humidity monitoring system, a thermostat control on the climate battery, and automatic ventilation. The blending of the tried technologies with modern twists are among Holzmiller’s specialties—stretching the relative limitations of Crested Butte’s mountain habitat and fostering lifestyles that align more deeply with nature’s cycles.

A climate battery is a subterranean heating and cooling system that stores hot, ambient air from the structure generated during the day in the soil to help maintain a stable temperature throughout the night; the method was pioneered by the Rocky Mountain Permaculture Institute in Basalt, Colorado. Passive solar design retains radiation with thermal mass, maximizing solar heat.

Holzmiller is working to expand her company into the Roaring Fork Valley and throughout Colorado, as there are only a few other passive solar greenhouse companies in the state. “I’d really love to bring the valleys together with my business—and really any mountain town,” says Holzmiller, noting that she is navigating the various zoning regulations among the region’s towns.

Visions of a community greenhouse are also on her idea board. The building could not only offer a community garden with all its benefits of shared expertise and social interaction, but also be designed to accomodate workshops­—from cooking courses to vermi composting. Holzmiller feels that in a mountainous area that experiences winter much longer than summer, a community greenhouse would certianly be a well-used hub.

Presently, Holzmiller is assessing community demand of her services—marketing to second homeowners, promoting the local foods movement—and ever expanding her technical expertise in greenhouse development. “I’m excited about where this could go,” she says.
And the tastiest foods she has so far cultivated in her botanical oasis? “Tomatoes and the dill—the dill just took off like a weed. The parsley is also doing great. This is nitty gritty work—if you’re into that, growing your own food is fun.”