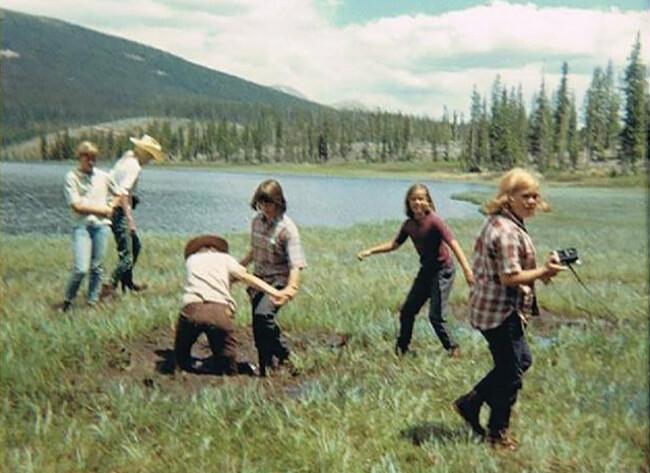 There are times in our lives that “the stars align” providing us with moments, memories and circumstances that may never be duplicated, and this week was one of those times.

Seventy-two years ago, where “The Club at Crested Butte” is now located, a middle-aged minister named Mel Dorset, envisioned a boy’s camp on what was then the Ruland Ranch. With Chuck Ruland, Mel walked the tapered bench above the Ruland home and meadowland and together they laid out a suitable spot for the camp. The bench they walked was a “side moraine” or glacial deposit left by some long ago glacier. When it receded, it left the debris that formed the bench. A handshake later and the boys camp on that long rocky strip against the base of Crested Butte Mountain was a dream come true.

Mel Dorset, his wife, Von, son, Merle and daughter-in-law Audrey began an institution that shaped the lives of countless “campers,” both boys and girls for 30 years, and I was one of them in 1966. The campers ranged in age from 10 to 18 and many of the older campers went on to be camp counselors. I was allowed to attend the month-long camp session as a 9-year-old out of favor to my folks who were friends of the Dorsets and I had spent much time outdoors by that age.

There were covered wagons for the boy campers and after adding a girl’s camp, small cabins with bunk beds for the girl’s, and there was Grant Lake named after Grant Ruland where the most gorgeous lily’s grew. Both camps, boys and girls had large lodges that had many functions from mess halls to storytelling on Saturday nights and Church on Sundays. All the buildings were built with materials sourced primarily locally with some materials coming from out of area. Bricks from the coke ovens in town, lumber from Joe Rozman’s sawmill, cabinets from the then closed CF&I Company Store and railroad ties from the Rio Grande railroad Line to Crested Butte were used for a variety of things, all memorialized at Skyland. Much like the campers, the camp itself was diverse.

One of the counselors that was there when I was, has kept in touch with some campers from Skyland and nearly every year she has brought Audrey Dorset back here for some time out of Denver and to get together with a few of us campers. This year there were about ten of us from all over the country sitting around on the front porch of a cabin at Rocky River Resort. We each met some campers we never knew, all telling stories and laughing at some of the funnier times folks remembered. I was at Skyland Camp only one year, so I only knew about half of the gals, but it was fun to meet others for our experiences intertwined.

The highlight for all of us was getting to spend time with the matriarch of the camp, Audrey. She is 99 years old now, steady on her feet and sharp of mind. She told a story or two about camp and campers, and even though her vision is degenerating, and she grew tired, she had to be proud of who we had all become for she was so much a part of our lives.

Our experiences from Skyland camp were uncommon to much of our country even for that time, much less now. We were encouraged to grow up and weren’t coddled or protected as some are today. The motto I remembered best from that year I spent there was: “We come to camp to learn to make decisions.” That is profound. Encouraging a kid to think for themselves, to arrive at a conclusion through critical thinking is no longer taught or often not even encouraged.

Sitting on that porch, taking in the chatter and laughter was refreshing. The consideration for each other and respect for everyone is novel today. We all have ideas about how life should be, but our foundations are all similar as we arrived at conclusions about ourselves and the world around us years ago. We “became” as we aged within the loose confines of our own credibility, with gentle guidance from a foundation of reverence. Reverence for the fish in the streams to the flowers in the high-altitude meadows, some higher purpose they held in the cycles of life.

As I wrote this piece, many of the others were off hiking on legs a bit stiff with age, others driving to favorite lakes to remember the quiet. All of us walk through life on trails from our past and are bent on following new paths pulled from old lessons of individualism.

There is a kindness we were all bestowed by our maker but bringing that to the fore takes that gentle push like the rush of morning mountain air to steer us like a bobbing cork in the sea of life. To think for ourselves, make decisions based on observation not always words of others and to understand that we must be one with nature and each other or we are lost. Those were the teachings of Skyland.