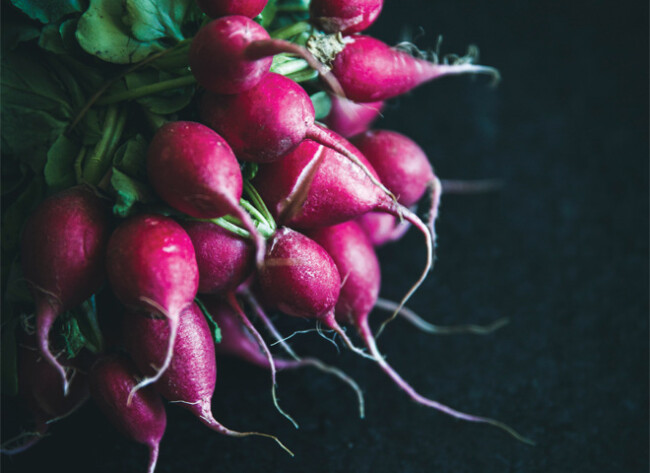 Most people don’t move to Crested Butte and grow vegetables. The rocky soil, the good chance of frost in June (or July), and the generally cold nights can make any such endeavor an exercise in wishful thinking. Add in the arid nature of high alpine environments, a scorching sun and afternoon monsoons that can flatten any full-grown crop, and it’s a wonder anyone tries. Single track and mountain peaks await after all.

But after six years together, my partner and I moved into a home that was ours. Prior to this, our life north of Round Mountain had been mostly itinerant. While we once managed to stay in the same rental for a year and a half, we were better known for living in a refinished garage without a kitchen, camping out in the various drainages around Crested Butte, and pet sitting a black lab and two cats in order to live rent free. (With our own dog in the mix, this eight-month stint felt like being on safari, animals drifting across our view every time we looked up.) The year Pete built our house in CB South, we lived a total of five places and counted them off on our fingers with a true sense of pride.

This commitment to fluid living kept our rent low, but from the earliest days of our relationship, we had talked about growing our own food. He was inspired by Scott and Helen Nearing, who lived off the grid in Vermont and Maine for 60 years and recounted their adventures in self-sufficiency in Living the Good Life. I had been inspired by a slightly less serious (though more endearing) book called The Good Good Pig, which followed the life of a 750-pound pig named Christopher Hogwood whose human family had a substantial vegetable garden.

I was also motivated by memories of my backyard garden in Minneapolis, which grew along the base of an actual white picket fence and seemed to spring from the ground like Jack’s bean stalk. During my late-twenties, potatoes, tomatoes, zucchini, cucumbers and even corn supplemented my meals from June through October. The only casualty had been the strawberries, which I never succeeded in keeping from the squirrels.

So once we settled in to the house on Shavano Street, almost before proper grass grew on the front lawn, we dug a garden bed in the backyard. Pete lined the sides with wood, and together, we sifted the soil through wire mesh to remove the rocks. After supplementing with compost, we planted potatoes, zucchini, onions and in a well-meaning but somewhat misguided burst of optimism, jalapeños and acorn squash.

Pete, whose garden role is Curator of Infrastructure, put together a low-slung hoop tunnel to protect our seedlings from the harshest of the sun’s rays. Throughout the summer, we watered diligently (no small commitment in a yard with full sun from dawn until dusk) and looked forward to the bounty. I’m sure you can see where this is heading.

There is a special mix of emotions that occurs with your first, low-yielding harvest. A degree of disappointment, yes, at picking a total of three tiny jalapeños and two acorn squash slightly larger than golf balls. The onions were only a bit bigger than the bulbs we planted, and we had just enough potatoes to cover the bottom of one of the blue bins we used during so many moves.

There is also, however, an incongruent sense of pride and delight—because you grew those jalapeños pequenõs and harvesting potatoes feels like digging for gold. They’re delicious boiled and topped with butter, and there is perhaps nothing so tender as an underweight acorn squash. We remained undeterred.

Over the next couple of years, we added four more beds, a greenhouse, and irrigation lines with a timer to control watering. (By we, I primarily mean the Curator of Infrastructure, as I have tried but not succeeded in liking construction.) I wish I could say these improvements bore a linear relationship to the quality of our produce, but every year brought a mix of wins and losses.

Lettuce, properly covered at night, grew like it was meant to be in the Rocky Mountains. Curly kale grown from seed never took off while the flat-leafed variety no one liked to eat thrived. We couldn’t even count on one year’s success recurring the next. Zucchini prospered in the early years, then took a nose dive due to late season frosts we didn’t see coming. And the greenhouse proved harder to figure out than the garden beds, as the temperature soared into the hundreds during the day and dropped into the forties at night. The Nearings we were not, but we pressed on.

I appointed myself Head of Research, keeping my early season optimism in check by viewing the garden as one big experiment. Instead of dreaming about mid-summer salads while I planted green beans and snap peas, I sowed those seeds in the garden beds and the greenhouse to see where they grew better. I did the same with kale, zucchini and acorn squash.

It is easy to imagine a master gardener shaking his or her head at some of the choices I made. Acorn squash simply may not belong in such a hardy growing zone. Zucchini plants go so gangbusters in the greenhouse it’s hard to walk inside. But finally, during our forth (or maybe fifth) summer, we found our victory in a summer salad made entirely with food we grew: lettuce, carrots, sun gold tomatoes, two kinds of radishes, green beans and snap peas. To top it off, we had more veggies than we could eat.

We are a long way from becoming the Nearings, but have become known for peddling greens to anyone who will take them. Each fall, I freeze kale, chard and even snap peas for mid-winder meals. I have become bold enough to think of myself as an urban farmer (if not say it out loud) and dream a new dream: to host a harvest dinner under the pergola Pete built last summer.

The garden infrastructure more or less done (for now), he has turned his attention to other parts of the property. And as we anticipate our seventh summer on Shavano Street, that is perhaps the biggest surprise of all—we are still here. This is the longest either of us has lived in a house since we left our childhood homes. (My previous record, with the white picket fence and the Jack and the Beanstalk garden, lasted three years.)

We talk about selling, especially when the market is in our favor, just like we talk about taking a summer off from the garden. We could ride a lot more single track and get in more pitches in Taylor Canyon. Travel more too. But then February rolls around and the seed catalog finds its way to the top of the magazine pile. April comes and we start a few seeds just in case. June finally arrives (forget planting in May), and I find myself wishing I’d started a few more beets. Chard and Kohlrabi too. Before I get this year’s starts in the ground, I’m already planning the things we’ll try the next time around.